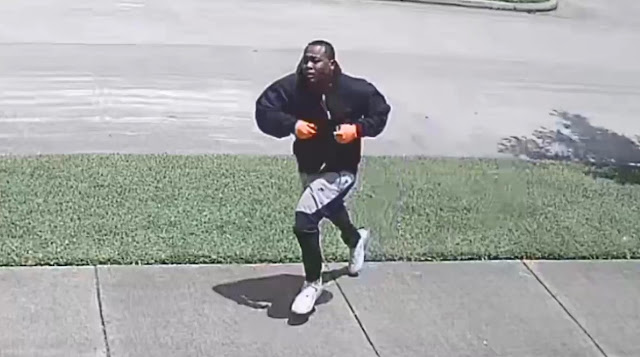 On Friday, July 23, 2021 at around 1:15 pm, the complainant had just returned home and parked his vehicle in his driveway at the 12000 block of Stroud Drive, in Houston, Texas. The complainant stated that as he exited his vehicle, he was suddenly approached by an unknown male, who forcibly grabbed him by his shirt. The male then punched him in the face numerous times, causing him to fall to the ground, at which time the suspect began to kick him. The suspect then reached into the complainant’s pockets and removed the contents, which only contained his driver’s license and a deposit slip. The suspect then ran back to a white Nissan SUV and fled the scene.

The complainant added that he had just been at a bank and believes that the suspect followed him home. Houston PD #991611-21