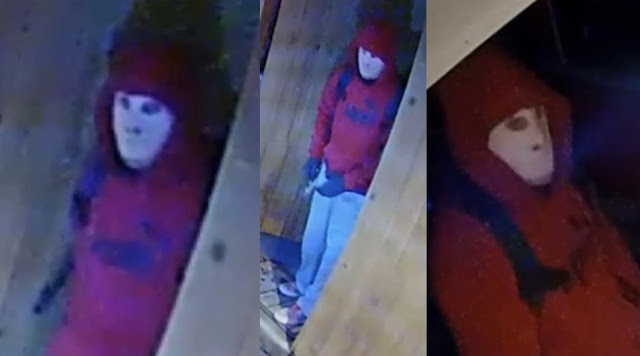 On Wednesday, February 2, 2022 at around 6:00 pm, the complainant, a contractor, was working on a townhome at the 14400 block of Misty Meadow, in Houston, Texas. The complainant stated that an unknown male suddenly appeared inside the townhome, armed with a handgun and a pipe, and forced him into a bathroom. The suspect then assaulted the complainant by hitting him multiple times with the pipe and then tied him up by bounding his feet and hands. The suspect then rummaged through the townhome for over an hour (which was also occupied by homeowners, who were gone), took the victim’s car keys and wallet, and then fled the location in the victims tuck. Houston PD #147370-22

Note: The victim stated that the suspect was monitoring a police scanner while inside the residence and spent over an hour rummaging through their property.

The victim’s truck was recovered by officers, unoccupied, at a restaurant parking lot on February 4 at 9550 Kempwood. According to witnesses, the occupant of the truck was seen walking towards an apartment complex at 9540 Kempwood.