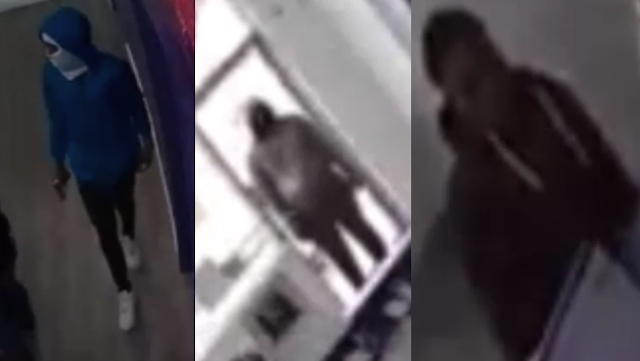 On Monday, March 14, 2022 at around 1:00 pm, two unknown males entered a cell phone store, located at the 8000 block of Lawndale, in Houston, Texas. One of the males walked up to the employee, pulled out a handgun, and demanded the money from the registers. Meanwhile, the second suspect remained at the door as a lookout. The suspect then reached into one of the cash drawers, removed some cash, and then walked up to another employee, who had walked into the store minutes before the robbery, and demanded her purse. The suspect went through the complainant’s purse, removed a bank envelope containing cash, and then fled the scene with the second suspect. Houston PD #335783-22

Note: One of the victims in the robbery (female with purse) is the manager at several of the cell phone stores and had been collecting money at the different locations in order to make a deposit. The suspects in the robbery might have been following and watching her prior to the robbery occurring.

In addition, an unknown female entered the store just prior to the robbery, inquired about iPhones, and then walked out of the store. The Houston Police Robbery Division is currently seeking the identity of the female due to possibly being affiliated with the males in the robbery.