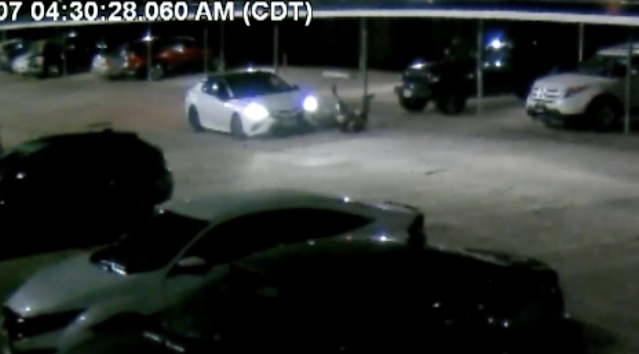 On May 11, Houston Police officers located the complainant’s vehicle after being involved in a hit and run car accident at the 9400 block of Kempwood. The occupants inside the complainant’s stolen vehicle attempted to run on foot from officers, but were caught and taken into custody. As a result of a follow up investigation by Robbery Detectives, a juvenile male (16 years old) was charged with robbery with bodily injury, evading arrest, and failure to stop and give information. A second juvenile suspect (15 years old) was also arrested for evading arrest, but was not identified as a suspect in the robbery case. Houston PD #605512-22

Suspect #1 - Black male juvenile (16 years old) (On video as the suspect who approached the complainant and punched him in the face and then got into the complainant’s vehicle and sped away). Arrested and charged with robbery with bodily injury, evading arrest, and failure to stop and give information. Suspect #2 - Hispanic male (On video as suspect in the back driver's side seat). Suspect #3 - Black male (On video as front passenger seat). Suspect #4 - Hispanic male (driver of white Toyota Camry).