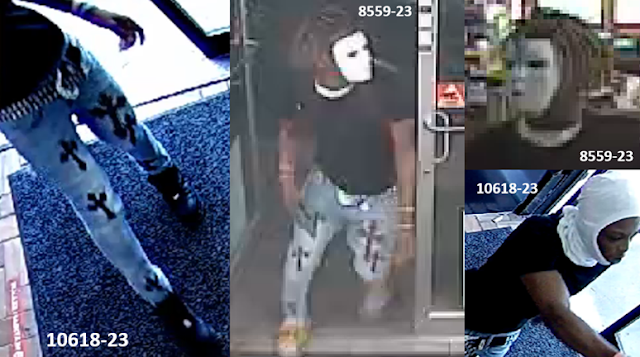 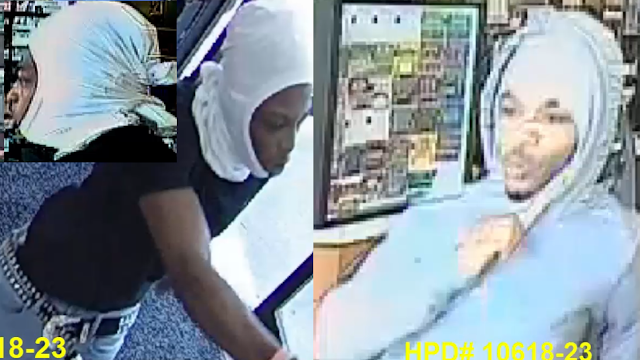 On Tuesday, January 3, 2023 at around 11:20 am, two unknown males entered a convenience store, located at the 5400 block of Kirby, in Houston, Texas. One of the males approached the counter, displayed a handgun, and demanded the money from the register. The employee complied with the suspect’s demands by giving the suspects the money from the cash drawer. The suspects then fled the location in an unknown direction. Houston PD #10618-23

This case is also possibly related to case #8559-23, which occurred the day before at the 700 block of Wayside. The suspect is believed to be wearing the same jeans with crosses, but now had his face uncovered and his dreads covered with a white shirt. Also, at one point during the robbery, the second suspect kindly removed his face covering for the camera. (Photos attached of suspects in both cases).