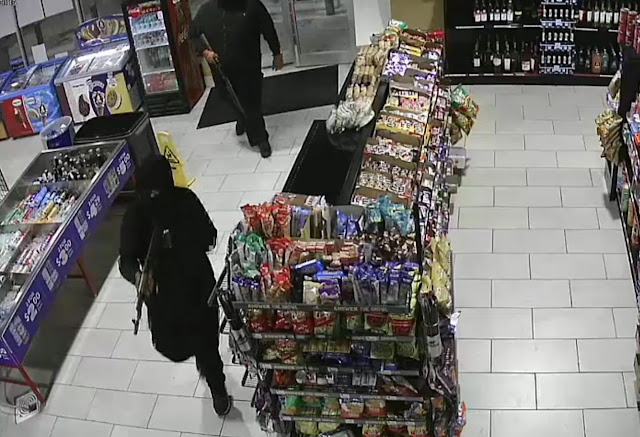 On Wednesday, January 8, 2020 at 1:47 am, two unknown armed males, attempted to gain access into the Heaven Food Mart, located at 2528 Calumet, in Houston, Texas. As the suspects were walking on the side of the building, he saw the males, who were both armed with long weapons, and was able to lock the front doors from behind the counter. As the suspects walked up to the door, they realized that it was locked and then fled the location. Houston PD #32737-20

On Friday, January 10, 2020 at 12:41 am, the same two unknown armed males, returned to the Heaven Food Mart, located at 2528 Calumet. This time, the clerk was not watching the surveillance cameras and did not see the suspects walking towards the front door of the business. Both suspects then entered the business while pointing their weapons towards the clerk. One of the suspects demanded the money from the cash registers, at which time the clerk complied and gave the suspect the money. Both suspects then fled the location. Houston PD #42731-20