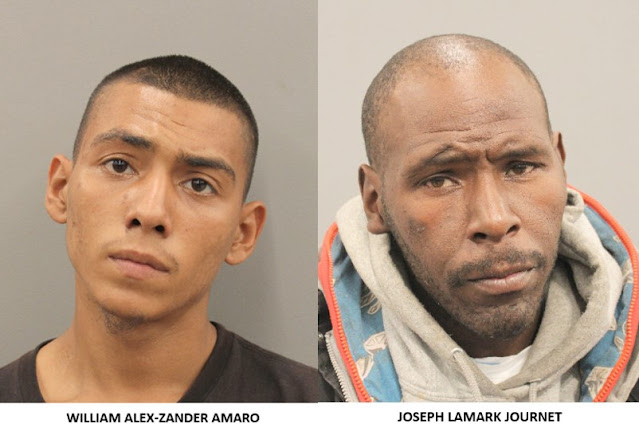 On Monday, December 5, 2022 at around 11:45 am, an elderly 69-year-old complainant walked out of a convenience store, located at the 1000 block of Booth, in Houston, Texas. The complainant stated that he was approached by several males, who began to assault him and then kicked him several times after he fell to the ground. The suspects then took the complainants wallet and cash and then left the location in different vehicles. As a result of the assault, the complainant suffered a broken nose and possible concussion. Houston PD #1636399-22

After video of incident was released, detectives with the Houston Police Robbery Division received a tip, subsequently resulting in charges of aggravated robbery of an elderly person being filed on Joseph Journet, 37, and William Amaro, 22, through the Harris County District Attorney’s office.

The Houston Police Department have arrested Joseph Journet, who is now in custody, but William Amaro’s whereabouts is currently unknown. The charge information is as follows: